Talk is a short experimental game about social anxiety disorder.

You are surrounded by groups of people and have to overcome your fear of talking to them. But you can't, 'cause the talking button is broken.

So you're actually stuck in a normal usual endless days not being able to do anything...

ARROW KEYS or WASD to MOVE
SPACE BAR to TALK

I  think that the game is kinda clever, I like the idea of "talk" button not working at all.

Because when you first notice that it isn't working, you feel like something is wrong, like it's a bug or that you, the player, made some weird mistake.

But then you press it again and again, and again and still nothing happens, even though it should. And after a while, you realize that you aren't able to do anything and you feel like you are just stuck in this wasteland, unable to proceed, with those figures all around you, that you really want to get to know, but... you know that you can't.

Or at least, you can't in this game.

Also man, that music in the background, or whatever it is fits so well
Did you made it yourself? If not, what's the name of it?

The game is extremly short and experimental but I'm glad it speaks for itself :)

The music I used is actually an auditory illusion called Shepard Tone, it's a tone that continually ascend and descend in pitch being this way infinite. Plus it sounds pretty anguish to me so I thought it was appropriate with the thematic of social anxiety ^^ 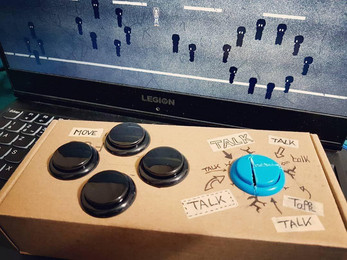 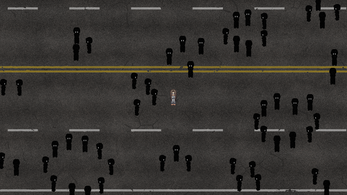